Why You Need a Podcast Coach 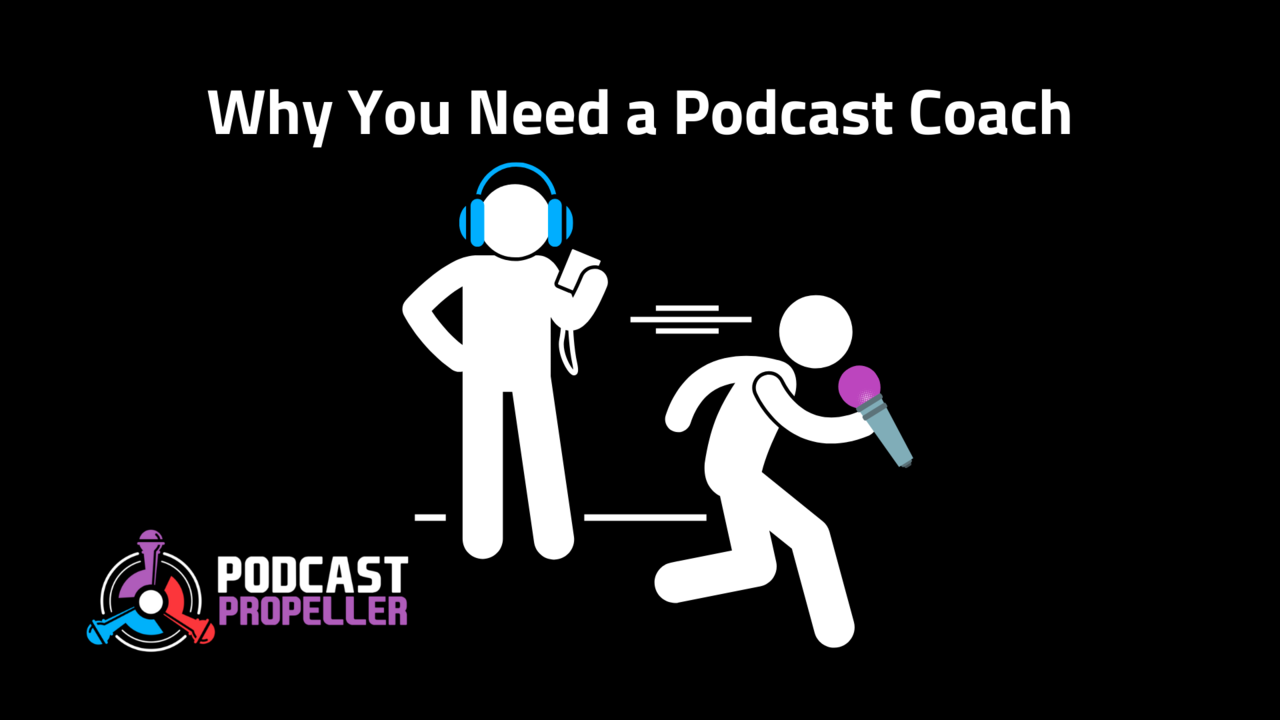 Have you ever wished that life had cheat codes?

While that may not be possible, having a coach is the next best thing.

If you're trying to figure out how to do something you've never done, like create a podcast, how much easier would things have been during all those hair-pulling moments if you could have just called up somebody who had done those things a thousand times before? Not to mention all the things you unknowingly did wrong.

That's where a coach or consultant comes in.

Most entrepreneurs and working professionals can attest to being in these situations. We all have those "I'll figure it out on my own" moments, only to later realize it was done all wrong and we then have to spend more time and/or money to fix it. Even worse is discovering that, had you done it right with help in the first place, you could've had way better results.

Does your head hurt from reading this? Put simply, things can be more complex than one may first think.

Plugging in a USB microphone is simple enough, but did you realize you've been speaking into it backwards for your last 20 episodes, or the input was incorrectly set and your voice was instead recorded from the crappy built-in computer microphone?

Since then, miraculously, 200 people have checked out an episode of your podcast, but 197 of them never listened again because the audio sucked.

Maybe this wasn't a mistake you made, but it has happened to others! These are the types of things that you don't know you don't know. And there are plenty of them when it comes to podcasting.

Podcasting is especially unique because the barrier of entry has become quite low, but it still forces new podcasters into a lot of uncharted territory where these mistakes can be made.

Podcasting is no simple feat. You invest lots of time, money, and effort. Why go through all that only to have your success held back by a few simple tweaks?

If you're serious, and one would hope that you are after making such an investment into podcasting, working with a podcast coach or consultant is essential.

Humans are bad at self-assessment, especially when it comes to things we've never even done before. How can we even know what's considered good?

We all have our passions. An interior designer probably can't enjoy dinner at a restaurant if the curtain color doesn't fit right with the paint. "Why didn't you just hire me, I could have done this properly!" they'll scream in their head.

The same goes with me and podcasting, because I'm here to help, and I regularly see money and effort being wasted by podcasters who managed to get off the ground but never bothered (or knew it was possible) to get any help making sure it was a quality product. They're treading water for the time being, probably giving up after a while, declaring podcasting "doesn't work" for them.

Considering that so many podcasts are lacking, and have no interest in changing, a little effort on your part goes a LONG way.

There are over a million podcasts in Apple Podcasts and Spotify's directory. That number grows by the day, and even the smallest niches are becoming crowded. It's absolutely possible to still launch a podcast and succeed, but competition is fierce, so why not have a competitive advantage?

If you want your podcast to succeed, but don't have time for courses and don't believe that "hope" is a good strategy, talk to a pro. Podcast with the confidence of knowing that you're doing everything right.

Check out Podcast Marketing 101, a concise course to help you attract a loyal listener base, generate business opportunities, and achieve your podcasting goals.